An engine is the heart of the vehicle. As the blood flows through your heart, the fuel flows through the engine. What happens if there is a blockage in the fuel lines? Your engine may not suffer a cardiac arrest but will lose its performance, efficiency and ability to run smoothly.

You would have experienced the same and wondered why it happened. Now in this article, you are going to know about the reasons behind the dip in the engine performance and effective ways to counter it.

The clog settles on the surfaces of the pistons, rings, lifters, and cylinder. The clogging also lowers the supply of oil to the engine and affects the lubrication and cooling of the engine.

In this article, you will see the importance, need and advantages of the different oils used to improve our engine performance and efficiency.

How To improve Your Engine Energy Using Sea Foam Oil 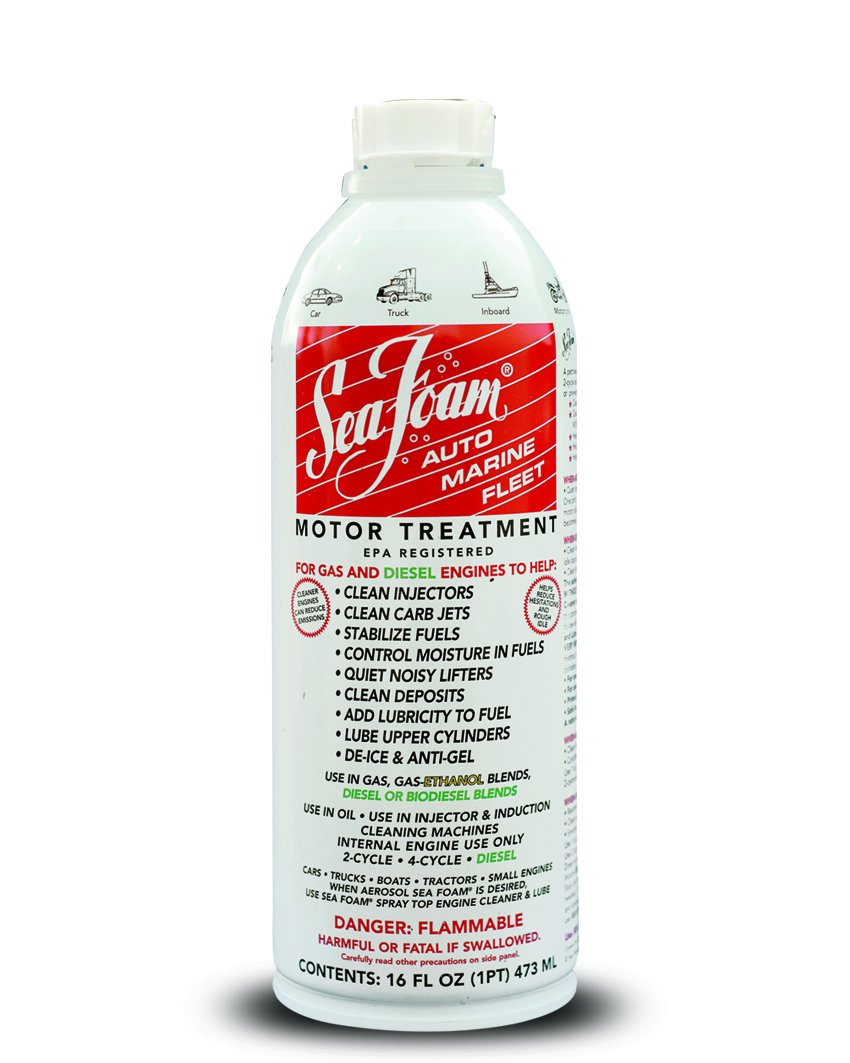 Seafoam motor treatment is one of the most trusted treatments of the engine. Seafoam oil is made up of only petroleum ingredients. Seafoam is added as a fuel additive to the fuel system. Sea foams are used to re-liquefy the residue built up on the engine surfaces and flush them out.

Carbon is one of the by-products of combustion in the engine. Carbon deposits accumulate in the combustion chamber and on the valves and pistons. They affect the performance of the engine and result in higher fuel consumption, engine knocking, hard starting and overheating.

Adding sea foam oil reduces the carbon formation in the combustion process and leads to cleaner burning cylinder. The carbon build-up at the﻿﻿ spark plug is reduced and the lifespan of the spark plug is increased. They also help in reducing the internal friction in the engine.

The seafoam treatment in the vehicles performs the following actions:

The sea foam oil can be added as an additive along with engine oil, mixed with the fuel and can be sprayed over the engine components to remove the residue and varnish build-up on the surfaces. You can click here to know about the addition of sea foam oil to various places in the engine and their functions.

Click on the link to shop for Seafoam oil products from amazon.com. You can find a sea foam oil spray suitable for your engine here.

The Magic Of Marvel Mystery Oil In A Bad Engine 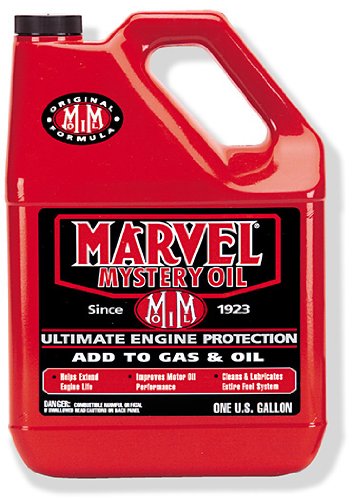 Marvel mystery oil is one of the products of the Marvel Oil Company. Marvel Mystery oil is a blend of petroleum and chemicals used to clean and maintain the fuel jets. Marvel mystery oil got its name when its founder Burt Pierce answered as “It’s a mystery” when enquired about its formula. Today they are recognized for their mysterious ability to cure and prevent any engine ailment.

Marvel mystery oil is used to lubricate the entire fuel system of the vehicle. They can flow through areas where motor oil cannot reach as per the design. And provide the required lubrication and extend the lifespan of the components.

Now let us look at the magic of Marvel Mystery oil to remove the carbon deposits and internal clogging in the engine and how they improve the performance of the engine.

When you turn off your engine, a small drop of fuel is left over at the edge of the fuel injector. The tiny droplet of fuel solidifies into a varnish type residue. Over a period, the residue gets accumulated at the fuel injector openings and blocks the fuel flow.

The blockage lowers the engine performance, efficiency, and lifespan. The clogging may also occur on the intake valves and affects the movement of valves too. The marvel mystery oil washes liquefy the varnish and gum build-up and flush them outside the engine.

Marvel mystery oil can be added as an additive with engine oil or mixed with fuel to the engine. They flow through all the nooks and corner of the engine and provide better lubrication and cooling to the engine.

They also flush out the residue, varnish, and carbon in the engine and helps to improve the engine performance. Click here to know about the functions of marvel mystery oil in the engine when added as both the additive with the engine oil and mixed in the fuel.

Related post: What Everyone Wants to Know About The Power Steering System

The carbon residues built up in the engine must be removed to achieve good combustion environment, engine performance, and fuel efficiency. Both the sea foam oil and marvel mystery oil can be used to clean and flush out the carbon residues and the clogging of varnishes.

The engine is subjected to a compression test to find out the best-suited oil for your engine. The oils must be able to maintain the pressure range during both hot and cold working processes. Please click on the video below to watch the compression test of the engine performed with both the sea foam oil and marvel mystery oil.

Please like this article if you found it helpful. Share this article with people you care, as it can be useful to them. Comment your suggestions about the article and experiences in engine treatment using sea foam oil and marvel mystery oil.

How Deadly Are Hit-And-Run Crashes? A Quick Review Of The Data

How To Replace The Evaporator Core On A Chevy Truck

Transmission Cooler Lines Leaking at Radiator: What You Need To Know?

Easy Ways on How to Change Transmission Fluid Chevy Silverado 1500

i have been useing MMO oil for over 30 years. i the only issue is that when you use in gasoline it seams to not do any magic. untill you get 200,000 miles or more. then you figure out that ” HAY this engine runs great, and start VERY fast.” i even used it to lube my RC engines after every run. about seafoam i will NOT say any thing bad about that product. i just have not used it.

I was experimenting with my 1972 318 Plymouth Satellite, I have been using canola oil in my motor for 3 years, it was a little low so I added Marvel Mystery oil about 3 weeks later my oil light started blinking but the oil was full but had tiny rubbery chunks in it, the while on the freeway at 60mph it lost speed then seized solid! Dont use additives, just a high quality oil!